Alleged Shooter Of Congresswoman & Others In Tucson Lists YouTube Video Burning US Flag As "Favorite" - Described As "Pothead....Quite Liberal" 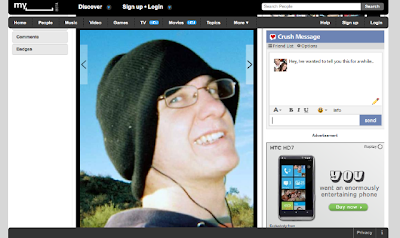 in which an unidentified person (Loughner?) burns an American Flag with this screaming music "Let The Bodies Hit The Floor."


Sick stuff. As I posted earlier, Loughner lists Mein Kampf and The Communist Manifesto were listed as some of his favorite books.

We'll find out more about the guy, but he's obviously just a nut job.

Not a Tea Party member, as libs like Democrat Linda Lopez of Arizona are alleging (she should apologize IMMEDIATELY!).

Business Insider has linked to Tweets by a Caitie Parker, who claims to be a former classmate of the alleged shooter. She writes that Loughner:

@antderosa antderosa I went to high school, college, & was in a band with the gunman. This tragedy has just turned to horrific. ..He was a political radical & met Giffords once before in '07, asked her a question & he told me she was "stupid & unintelligent" ..he was a pot head & into rock like Hendrix,The Doors, Anti-Flag. I haven't seen him in person since '07 in a sign language class. ....As I knew him he was left wing, quite liberal. & oddly obsessed with the 2012 prophecy. ...he had a lot of friends until he got alcohol poisoning in '06, & dropped out of school. Mainly loner very philosophical. ..I haven't seen him since '07 though. He became very reclusive. ...This is a circus. Good Morning America just called me.

Posted by MaroonedinMarin at 1:31 PM

I noticed that he did not list the Bible as a favorite book. Good thing too right? Otherewise he might have learned to love his neighbor as himself... :/