Blogging Friends of Reid, Pelosi "Imagine A World Without Israel"

Remember that Daily Kos was the extreme Leftist website that recently had a convention attended by Harry Reid & Nancy Pelosi? This is the blog whose founder, Markos Moulitsas Zuniga, also said after the brutal killing of four contractors in Fallujah, Iraq in April 2004.

"Every death should be on the front page. Let the people see what war is like. This isn't an Xbox game. There are real repercussions to Bush's folly. That said, I feel nothing over the death of merceneries [sic]. They aren't in Iraq because of orders, or because they are there trying to help the people make Iraq a better place. They are there to wage war for profit. Screw them."

Think they can't sink any lower? From Little Green Footballs comes a link to this piece from Daily Kos, Imagine a world without Israel.

Question, was the writer in question listening to this song as he wrote his anti-Semetic screed?

Posted by MaroonedinMarin at 1:12 PM No comments:

Little Green Footballs has a link to footage showing the tortured and desecrated bodies of Kristian Menchaca and Thomas Tucker. Both were kidnapped by al-Qaeda in Iraq terrorists. Be forewarned. This is EXTREMELY GRAPHIC footage. It's a reminder of who our enemy really is. If you know a Leftist, share this with them, maybe it might wake them up.
Posted by MaroonedinMarin at 7:39 PM 1 comment: 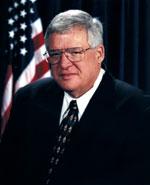 Speaker (and future President) Dennis Hastert
The hippie enclave of Fairfax, CA, which was best known as the hometown of American traitor John Walker Lindh (aka "Ratboy") has struck again.

Their city council voted 4-0 to endorse impeaching President Bush and Vice President Cheney for the crime of protecting America from Islamic terrorists (the "victims" in the Fairfax City Council's warped mind).

But what they aren't aware of is that impeaching both Bush and Cheney would elevate House Speaker Dennis Hastert, a Republican, to the Presidency.

The drive was spearheaded by a Fairfax citizen, Millie Barrett. The Marin IJ mentioned how their hero, Ms. Barrett, became active in "progressive" (read: socialist) politics and downloaded the petition from a website. They did not note how she frequents extreme leftist websites such as the AfterDowningStreet.org (read her comment).

The IJ also did not mention one city council member, Mary Ann Maggiore, was the author of an advertisement in the Pacific Sun tabloid that called for "peace" and no military action-the week after 9/11. If it were up to Ms. Maggiore head-in-the-sand attitude, no telling how many more Americans would have died in terrorist attacks.

Six months after Fairfax and San Anselmo were devastated with the New Years Eve floods, the city council is once again involved in matters it has no power over. Perhaps the Fairfax City Council needs to spend more time on pressing matters like flood control, instead of pandering to 12 extreme Leftists with B.D.S. (Bush Derangement Syndrome) who have too much time on their hands.
Posted by MaroonedinMarin at 6:12 PM 2 comments:

Help Cindy Sheehan Get To Venezuela

Michelle Malkin has come up with a great idea of buying Mama Moonbat (and possibly others) a one way ticket to Hugo's Communist "paradise." Maybe some of us in the online community can chip in and make Cindy's dream a reality.
Posted by MaroonedinMarin at 8:18 PM No comments:

In today's Marin IJ, That TV Guy, Rick Polito, had the following about ABC's "An American Celebration at Ford's Theater."

"The country is divided over a war and the president sees a performance at Ford's theater. Don't get your hopes up. ABC."

Hey Rick, I don't think the Secret Service would be laughing if they got a copy of your "comedy."

Besides disrespecting our President, the IJ obviously has no respect for the sacred symbol of our nation, our flag. They ran the following cartoon by Doug Marlette in Sunday's editorial section. 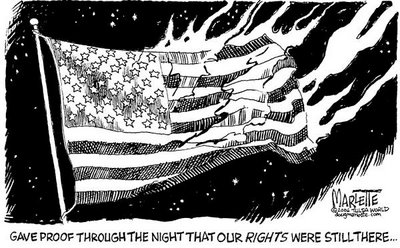 In other words, it's our right to offend traditional and patriotic Americans, but don't dare try to offend the left-leaning slant of the IJ Editorial Board. Look at the temper tantrum they threw a few years ago after former President Bush called Ratboy John Walker Lindh "some misguided Marin County hot-tubber."

What else are we to expect from a bunch of selfish Leftists (or better yet, "hot-tubbers") who make up the Marin IJ Editorial Board.

Posted by MaroonedinMarin at 6:53 PM No comments: 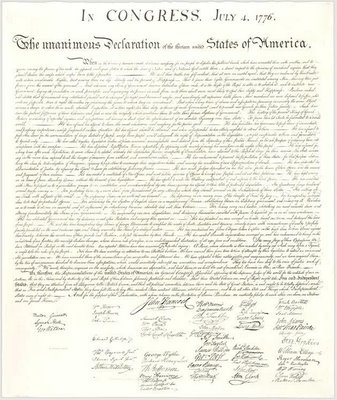 Posted by MaroonedinMarin at 1:46 PM No comments: