For Leaking Classified Information Time & Time Again, Al-Qaeda Would Like To Present to The NY & LA Times this.... 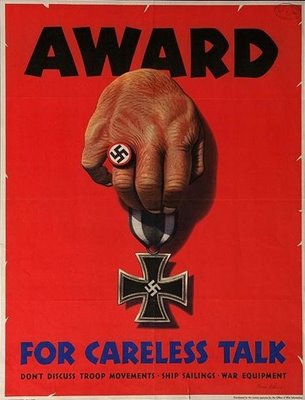 When will the abuse of power by the liberal MSM journalists stop?

Newspapers like The New York Times (All the Treason That's Fit to Print) and the Los Angeles Times are working overtime to hinder our fight against foreign terrorists, by publishing classified secrets leaked by "anonymous sources" in the highest levels of government.

It is time that the Bush Administration put a stop to this. I believe that NY Times publisher "Pinchy" Sulzberger and Executive Editor Bill Keller should be tried and imprisoned for either treason, sedition or sabatoge-take your pick. So should loose lipped members of our government who like to leak secrets because they don't like the President. And let the critics of any prosecution be damned!

Instead of going after Scooter Libby, prosecutor Patrick Fitzgerald should be investingating and indicting the traitors at these newspapers as well as the real leakers in our government. This is more of a security threat than some Democrat donor who worked at a desk job at the CIA having her name in the paper.

This must stop now! The MSM is on the verge of aiding al Qaeda in carrying out another 9/11 attack, instead of preventing it. 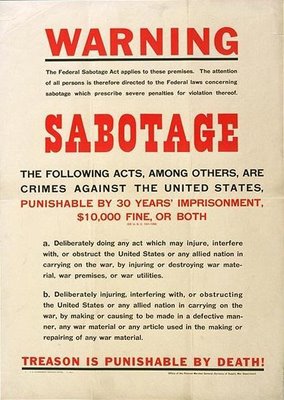 (Posters from the World War II Posters Collection on the Northwestern University website.
Posted by MaroonedinMarin at 4:58 PM